Where Did Winter Go? 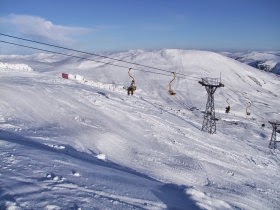 Sitting in the dentist’s waiting room the other day, talk turned to the weather.  We’ve had no snow this year at all, with the exception of a dusting for about an hour and most of us were quite optimistic the situation would continue.

However, one man interrupted and said Glenshee Skiing Centre (40 minutes drive north through the beautiful Grampian mountains) had had its best skiing season since the business opened in 1961.  He’d worked there for many years and the snow was nearly as high as the telegraph poles.  The ski lifts had to be closed for a few days in order to manually dig out enough space for the blowers to gain access to the cables.

Other parts of the UK have suffered horrendously with flooding and storms, but we’ve been extremely fortunate this year and had only a handful of days - and nights - when the temperature hit zero.

Hopefully this ‘mellow’ weather will continue all year.  So much golf going on this year with the Junior Ryder Cup being played at Blairgowrie Golf Club and the Ryder Cup at Gleneagles too, plus again Perthshire will host the week for the mixed foursomes.

I’ll post later with the dates of these events.
Posted by Heathpark Lodge at 09:50 No comments: 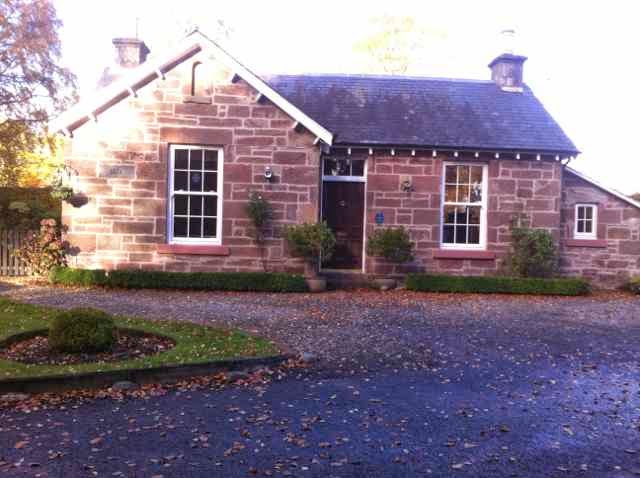 A Happy and Healthy New Year to all.

Since I did further research on the date the house was built (mainly because the internet now carries much more information than it did years ago when I first tried to find out), below is a copy of the new History of Heathpark Lodge.  Apologies for the photograph above, but as I said in a previous post, it was taken in November. I will take more of the ‘new look’ in the spring.

In 1745 this whole area was open grazing land.  Coupar Angus Road was a one lane track built for the use of coaches and horse traffic, connecting Blairogwrie with Coupar Angus.  According to historical records the Duke of Cumberland’s (known as the Butcher Cumberland in Scotland) cavalry camped on the actual site of Heathpark Estate for a period of around six weeks before their final push to Inverness, where they won the battle of Culloden against the ‘rebel’ Scots.  The Duke himself did not stay here but enjoyed the more sumptuous accommodation of Newton Castle set at the top of the town.

What was to be known as Heathpark estate was purchased in 1837 by John Thane of Dundee, one of Scotland’s wealthiest ship owners.  His permanent residence was in Dundee but he used his estate as a weekend and holiday retreat.  John Thane was also highly respected in the Free Presbyterian Church where he (and Heathpark) are mentioned on several occasions.

As Mr Thane entertained influential members of his Kirk at Heathpark in the summer of 1838, perhaps to celebrate the ascension of Queen Victoria to the throne, I assume Heathpark Lodge was built by then.  The same stone as used in Heathpark, (the ‘big house’) was used in the frontage of the Lodge and that suggests both properties were build at the same time. The house was originally built with a hallway, two rooms to either side and the lean-to attached to the right hand side. In the very first census taken in 1841, Heathpark Lodge is listed as occupied with servants.

Unfortunately, owing to the many additions to the ‘big house’ the beautiful stone has been harled over, but in 2013 I decided to have the whole of the stonework renovated using lime mortar which would have been used in the 1800s. It looks splendid, but that is due to the lovely expert who spent many days chipping away 150 years of bad maintenance and bringing the exterior back to its original state.
In the mid-1850s the house was sold to John Clarke, the owner of a reputable printing and publishing company in Edinburgh.  Soon after Mr Clarke arrived others purchased land, built houses and the result was the village of Rosemount.  The Clark family kept the house for a number of years until Mr Clarke died (he is buried in the old churchyard at the top of the town).

Early in the 1900s the estate was sold to a Miss Guthrie, who was Lord Lieutenant of Perthshire.  Records show she employed a gardener and his wife who lived in the Lodge.

When Miss Guthrie died in the late 1930s, the whole estate was bought by a local veterinary surgeon who ran his surgery from the back section of the big house and resided in the remainder.  His mother lived here in the Lodge and I have been told there were many great musical evenings in this house as both the vet and his mother were talented fiddlers.

In the late 60s the vet’s mother died and the vet sold the Lodge to a private buyer; thus the breakup of the estate commenced.  In 1980 the then owners of Heathpark sold off much more land, including a wonderful walled garden, to a property developer but fortunately this did not affect the Lodge in any way.

Since the 1960s there have been three owners:  a surveyor and his family, a lawyer and wife and myself.  I purchased the house in 1991 and extended it to its present size in 1992, trying my best to ensure the extension was sympathetic to and in keeping with the original property.  The square arch in the hallway was the back door of the original house.

The garden has evolved in the past years since I took over as it was just pasture and stones then.  The beech hedge seen at the roadside and along part of the garden was over 15 ft high.  Thankfully it is now a manageable size and hopefully compliments the garden rather than buries it.

Posted by Heathpark Lodge at 17:12 No comments: 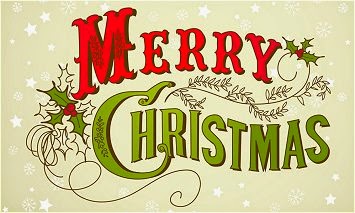 Posted by Heathpark Lodge at 09:31 No comments: 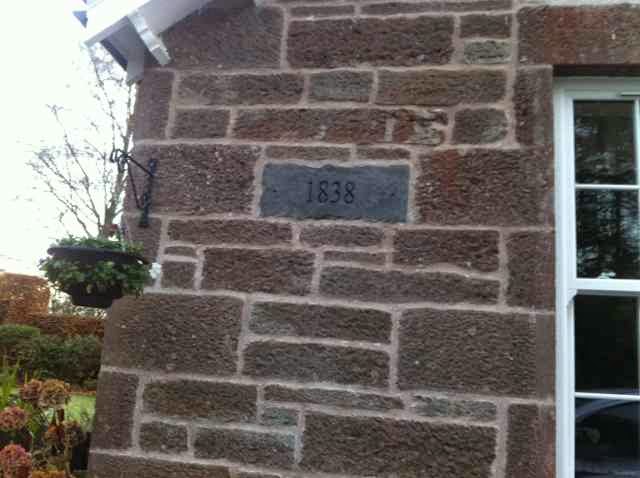 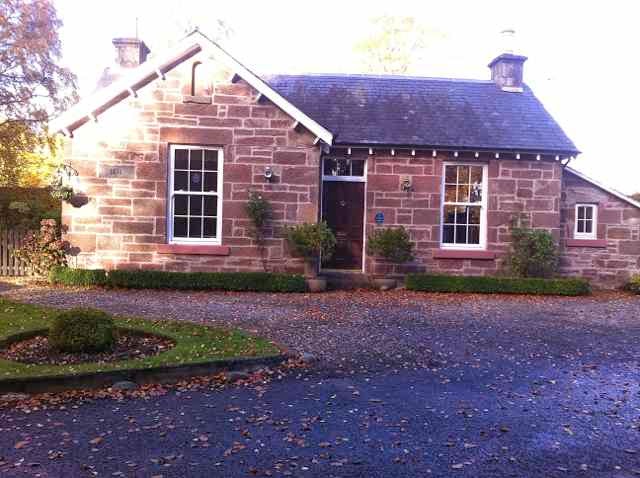 The pointing is finished! Apologies for the quality of the photos but these were taken in November when the sun was low.

It’s difficult to see from these pictures, but in reality the workmanship is superb and the house looks similar to the day it was originally built - with the exception of double glazing.

I’m delighted. It’s been a long haul but my lovely expert was very tidy.  Such a craftsman is difficult to find these days. Modern homes are not built using lime mortar; in fact few are built using stone nowadays.

As a wee treat to myself I had the date placed on the front.  For the past few weeks I’ve been researching further into the history and discovered it was very possibly built in 1838 so that’s the date that’s been carved into a piece of local slate and embedded on the front stonework (hard to see from the top photo but it is there!)

It’s wonderful to come home and feel I’ve helped protect something for many years to come.
Posted by Heathpark Lodge at 14:29 No comments: 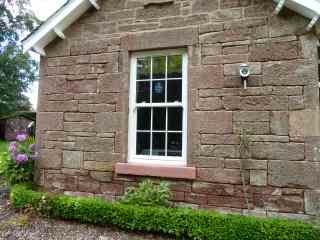 It’s long been a dream of mine to have the stonework of the house returned to its original lime mortar and the many amateur efforts to repair it with concrete removed.

I was so lucky to meet one of Scotland’s experts and he started a few weeks ago.  The work will take some time because it’s very hard on the wrists and hands and we’ve agreed to do it slowly.

The photo shows the beginning of the ‘chipping out’ of the front lounge section.  I’ll post other photos as it progresses.
Posted by Heathpark Lodge at 06:18 No comments: 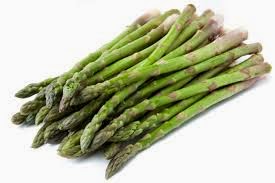 What a strange summer it’s been produce wise.  My local supplier of asparagus had such a poor crop this year that his prices were triple what they were last year.  Also his cutting season lasted just over two weeks instead of the usual six, so asparagus wasn’t on the menu unfortunately.  I’m looking forward to a bumper crop next year though.

Berries were abundant and again the most popular at the breakfast table was the red juicy strawberry.  Raspberries and blackcurrants were also available but few chose them when strawberries were also presented.

Hopefully next year we’ll have another good crop of strawberries for everyone to enjoy.
Posted by Heathpark Lodge at 06:13 No comments: 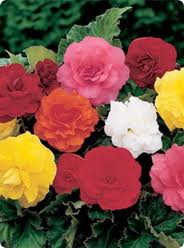 March is a strange time of year.  Too cold to be out in the garden for long, yet the planning for colour has to start now.

My latest passion is begonias, all sorts of begonias.  Last year I had trailing begonias in my hanging baskets but because of the wet weather, sadly their flowers were often knocked by the rain and wind.  Yet I don't intend to give up and this year I'm trying to bring back some tubers I saved.  Little success so far but who knows.

The sitooterie is looking like a mini-greenhouse although there's still plenty space to sit and unwind.

Yesterday I was given a present of 20 begonia tubers and how delighted I was.  They're not the hanging variety but I intend to start them off in trays of compost then transfer them to 5" pots once the shoots are around an inch or two.  They should look lovely in pots as they're a mixture of colours.

As yet I haven't thoroughly checked the garden out for any plants which didn't survive the snow.  Fortunately the heaviest snowfall wasn't around for long because the temperature rose within days and that made such a difference.  We still needed to clear the drive though because we like our guests to have as easy access and egress as possible.

Next time I write I hope I'll have been able to turn the heating down and discard the heavy jumpers!
Posted by Heathpark Lodge at 20:44 No comments: